As I mentioned in Part 2 (hypothesis & hypothesis test), with a total reach of 6000+ people on my Instagram & LinkedIn combined, I intended to use my social media channels to distribute the episode in order to gauge interest. Here is how the execution went down.

The first story reached 299 people, the second one 286 people, and the third one reached 305 people. But that 305 number was not the number I was interested in the most. I was more interested in how many people clicked on my link.

If you remember from Part 2, I had set a self-imposed condition that I needed between 6-60 people to express interest in my story for me to greenlight my project. So hopefully, you can imagine how great it felt finding out that, out of the gate, 46 people were already interested in my story.

After dealing with Meta with their Instagram, I headed over to Microsoft to see what the people on LinkedIn thought of my story.

My reasoning there was because of this 1 thing.

From experience, I've noticed that when you put a link in a LinkedIn post, LinkedIn immediately puts it through their own URL shortener system and what their system spits out is what gets on your post (try it and see for yourself if you don't believe me).

And if you've been with me this long you know, from Part 2 (hypothesis & hypothesis test), how strongly I felt about the link that I had created and customized for my own brand. By the way, to do that cost me some 💰.

So hopefully, you can understand how, initially, I thought that putting my link in the comments to have it displayed in its full glory with my own custom domain looking and sounding majestic was the optimal thing to do for my brand.

Then, I remembered that I technically didn't have a brand to be so anal about. I remembered that all I really cared about was whether people clicked on a link to my pilot or not. I realized that I shouldn't care too much because I had booby-trapped my link. So if LinkedIn shortened it (which I believe they do for the same reasons I created my own), I really shouldn't care. One thing was very clear to me though. Having the link in the comments was short-sighted on my behalf. Because I basically was making it harder for people to find the link before they could even click it. So I reluctantly unfucked my situation by posting yet another post 🙊.

2. If you pay attention to the above two screenshots from LinkedIn, you will notice that each of the posts has the same comment that I added. Basically, I had hit the recording button before I was ready and forgot. This ended up tagging a whole 2 minutes and 40 seconds worth of dead silence before the actual "Week 1 Day 1" episode could start🤦🏿‍♂️. Did I notice post-production? Yep. Did I edit it out? Nope. Why? Honestly, with everything else that I was tracking, I totally forgot to edit it out. I didn't notice until after I posted the thing on LinkedIn (the second time), clicked on the LinkedIn shortened link, and was met with nearly 3 minutes of total nothing but me calming my nerves before going in. I figured that that comment giving people a heads up would have to do for the people who were really interested.

Anyway, unlike Instagram, LinkedIn is stingier with the analytics they give you about the links you share in your posts on their platform. They never share with you how many clicks your links get. But thanks to my anticipating that scenario and having set up a system to track how many people were clicking on my link and where they were located 💡 (see Part 2), I wasn't phased by LinkedIn's stinginess with their analytics. I went to my links tracking dashboard and they told me what was what.

To me, these data points, combined with what I was seeing on Instagram, validated my hypothesis and that I was on to something. The data validated to me that there are people who are interested in hearing about a story like mine. The data solidified my belief that I have a very unique advantage as a digitally self-reliant individual who can efficiently and strategically command cutting-edge technology. The data made me even more confident that I can growth-hack my story to the New York Times Best Seller list, one day, by leveraging everything I've learned about how the internet, money, and people work from a decade of losing myself in a field of software engineering, which I didn't even know existed back in 2009.

What did I learn from producing this episode? Find out in the last part of this debrief.

In Episode 2 of the Walk The Talk Teacher podcast, I talked about Digital Self-Reliance (DSR). I initially only released this episode exclusively on YouTube to grow my audience there. In the debrief, I will take you behind the scenes of everything a Digitally Self-Reliant (DSR) individual deals with. I 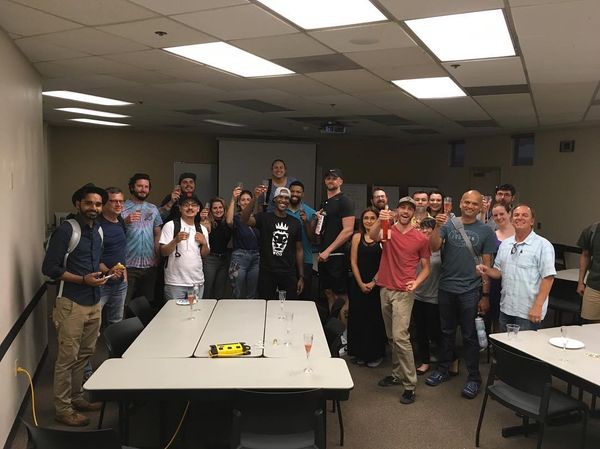 The best way to summarize this debrief is by using a quote from the #1 book on the list of 📚 that have unlocked my mind God has prepared a path for everyone to follow. You just have to read the omens that he left for you. Week 1 Day 1,
Part 1 | Part 3 | Part 4 | Part 5 Hypothesis Everything that I've been lucky to be exposed to has left me with a very strong belief that, if currently available technologies were to be wielded efficiently & strategically by a digitally self-reliant individual, they can be tremendous enablers for people with